On her way into the Beverly Hills Hotel earlier in the day Wednesday, Britney Spears was snapped with an open purse that contained a box for the prescription medicine Provigil, the brand name for Modafinil, a drug prescribed mainly for treatment of the sleep disorder narcolepsy. (See below for large image.)

According to the site for Provigil, it is “a medication to treat excessive sleepiness caused by certain sleep disorders. These sleep disorders are narcolepsy, obstructive sleep apnea/hypopnea syndrome, and shift work sleep disorder.”

So, unless the pop star is suffering from one of these afflictions, why would she possibly take Provigil? While it is not known yet why Britney would take the medication, or if she even is taking it, some doctors have prescribed the drug for treatment of attention deficit hyperactivity disorder (ADHD), while there are others who believe that Provigil is a so-called “smart drug” that can actually enhance the brain’s cognitive ability. Modafinil has even been used experimentally to treat addiction to cocaine. 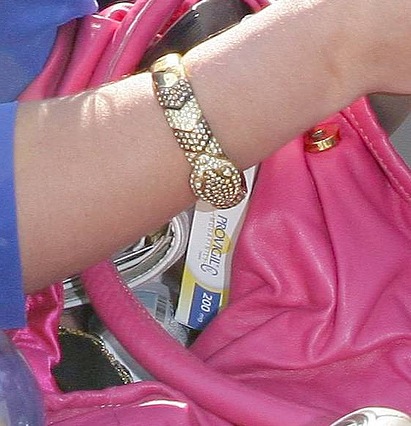 Meanwhile, Britney’s attorney tells OK! that he is planning to enter a not-guilty plea on the singer’s behalf Thursday morning to a charge of not possessing a valid driver’s license.

Attorney Michael Flanagan also says, “We do have what appears to be a resolution” of an associated hit-and-run charge in connection with the singer’s Aug. 6 collision with a Mercedes parked in a Los Angeles carpark. “The hit-and-run case is basically over,” he adds. “I just got through talking to the city attorney and now I’m going to talk to Britney.”